“Erté’s own appearance might be taken for an illustration of his theory; physically small and slight with sensitive features, he looks, as a prominent motion picture figure remarked, ‘like a nice kid’.” ...

“Here Erté declared his fondness for distinctive footwear (he admits to over twenty pairs of shoes) in an unusual modification of the Deauville sandal. These oxfords had wing-tips and heels of soft calf which met low on the sides and extended up the eyelets. The remainder of the shoe was made of closely woven thin leather stripes of grayish glint.


“My collaboration with Holeproof Hosiery lasted five years. This foray into the realms of advertising was soon followed by another, for Hermann Delman Shoes. Once again it was Henry Sell who put me in touch with Delman, a great friend of his. Along with the advertising, Delman asked me to do some shoe designs. In each of his shoe collections he wanted a series of special models of my design. Many of these are now in the Metropolitan Museum in New York.


"My collaboration with Delman, which lasted until the outbreak of World War II, was resumed after the war. Delman and I got on very well. He was a pleasant, cheerful man who was fond of the good life. He usually came over to Paris accompanied by his charming girlfriend, who was descended from a line of American-Indian chiefs.”

The chronology at the end of the Erté autobiography reports collaborations with Delman from 1931 to 1939, but contrary to what stated above, nothing after WW2. All the Erté artworks available at the MET website are certified 1934, minus one, with dates on the back ranging from April to September 1934.

However, we unearthed one small fact worth considering ...


The Delman advert on the left is from February 5, 1932, while the Erté artwork is dated September 3, 1934, which of course raise a few obvious questions that probably will remain unanswered.

More Erté drawings for Delman at
the Metropolitan Museum Of Art, NY

1960
THE HEEL ACCORDING TO DELMAN
[THUS SPOKE CHRISTOPHER MARLOWE. OR MAYBE NOT] 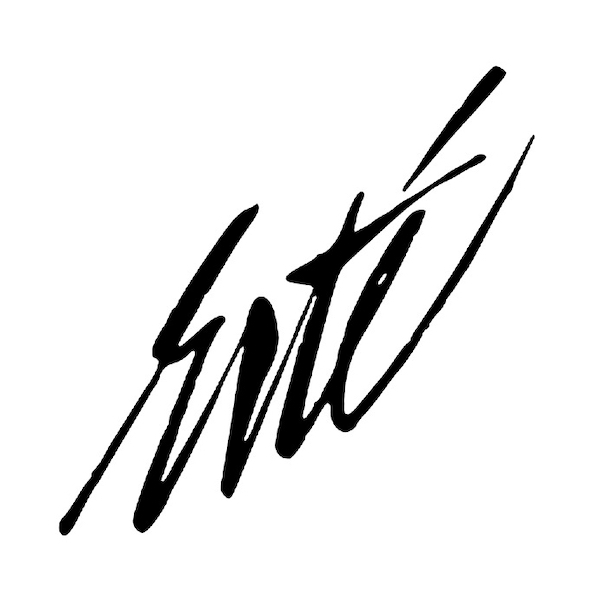