THE GALOSHES AS SEEN BY NINA BERBEROVA

But one should not draw the hasty conclusion that I took the elevator: sitting on the bench, I had only heard it working its way down with three young ladies dressed alike, with beautiful galoshes, so perfect that I wonder why this object had not yet been celebrated in verses. Poets, open your eyes! The Swedish galoshes expect a poem from you, just like the waterproof overcoat with comfortable hoods and the wondrous rubber gloves ... When I came out of my numbness and stopped grumbling about these banal nonsense, I looked at my watch …

I am writing the introduction to the long-awaited reprinting of Bizarre magazine. But it's really about John Alexander Scott Coutts, aka John Willie. Artist, photographer, writer, publisher and banjo player John Willie. I bow down to you. You are the Leonardo da Vinci of Fetish and maybe this publication will give you the recognition you merit.


The first time I saw Willie’s work I knew he was the Rembrandt of pulp.

After the in depth study about the cantilever heels, Shoe Icons founder/director Nazim Mustafaev delves into celluloid heels in the same fashion: informative, fascinating and entertaining.

The beauty never ends. Once again I am fascinated by the fact that such a practical, heavy duty part of a shoe can be turned into real piece of art that sometimes outlives the shoe itself.

The whole article can be read/download at Shoe Icons and deserves your attention: Nazim is making heelstory.

Giuseppe Sabioni founded A.F.A.S.T. in Turin back in 1921, an entrepreneur coming from Vigevano, the footwear Italian capital. However, the real driving force of the business was his son Andrea, already AFAST's CEO, when Giuseppe died in 1928. Andrea combined the twin power of the leading footwear production areas of the time: Vigevano and Varese, as Andrea Sabioni’s wife Maria Luisa was the daughter of comm. Guido Trolli, Ermenegildo's brother, founder of the main shoe factory in Italy at that time, Calzaturificio di Varese (Guido Trolli served as Calzaturificio di Varese honorary president after his brother's death in 1969). Guido Trolli was also a board member of AFAST. Later, in turn, Andrea Sabioni became a board member at the Calzaturificio di Varese.


The first A.F.A.S.T. trademark is dated 1921, with the name Riry for elegant slippers and shoes. In 1923 the company management did not hide their political orientations giving a production line the name Impera. It was the year after Mussolini’s march on Rome, a blitz that started the fascist period in Italy.

Knighted in 1931, Andrea Sabioni was a member of Turin's fascist group “Dario Pini”, then head of the group “Mario Sonzini”. He later joined the Voluntary Militia for National Security (MVSN) while being 1) director of a section of the Fascist Industrial Union, 2) treasurer of the National Fascist Federation for Leather Industries and 3) president of Shoe Industries Trade Union for the Turin Province. A busy man in all fascist things.


AFAST board of directors was also partial to knighthood: in addition to Sabioni and Trolli there was Enrico Filippini, knighted in 1935 (Technical Director since the birth of the company); CFO Alessandro Fiandra (he later left AFAST to found his own company named Saua Shoes); and company attorney Gustavo Pizzirani.

So, when the autarchy law struck hard AFAST - with an army of knights and fascist connections - managed to keep advertise their delicate kidskin slippers through the pages of fashion magazines coming from the enemy France.

After WW2 the company moved its headquarter from via Leynì to via Desana and built another production plant in Caluso (Turin greater area).

In the Sixties Andrea Sabioni became an A.N.C.I member, the Italian footwear association and President of the Italian Exhibition of footwear and leather goods of Turin. The AFAST company in the same years developed a joint venture with a Venezuelan company based in Caracas, then in the late Eighties they stopped production right before Andrea Sabioni death in 1990.

Lorenzo heard such commentary often when he entered a neighborhood. To the street-challenged eye he did look like some kind of police. If not police, an official, or something more than a meter man. He wore a sky blue shirt with a Humane Society badge pinned to his chest. He wore dark blue cargo pants and heavy black boots with lug soles, useful for climbing fences. He carried no form of protection, either clipped to his belt or concealed.

Back to Fiorucci. This time it really was opening. There were 3,000 kids on the street dressed in every form of punk possible, but it’s clean-cut Los Angeles punk. And we were pushed through the crowd, just like going to Studio 54 on a big night. I went behind a counter where they had 300 copies of Interview and I autographed them all. A star of Roots, Levar Burton, asked for one. He was covered in sweat from dancing. They turned the whole thing into a discotheque.

Went to Fiorucci and it’s so much fun there. It’s everything I’ve always wanted, all plastic. And when they run out of something I don’t think they get it again. It’s the cutest kids, too.

FIORUCCI
AT THE METROPOLITAN MUSEUM OF ART | NEW YORK 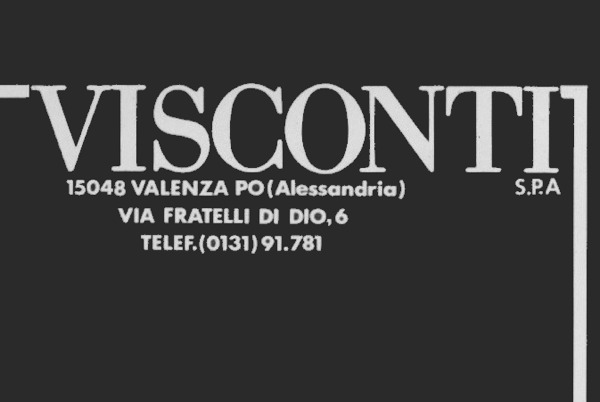